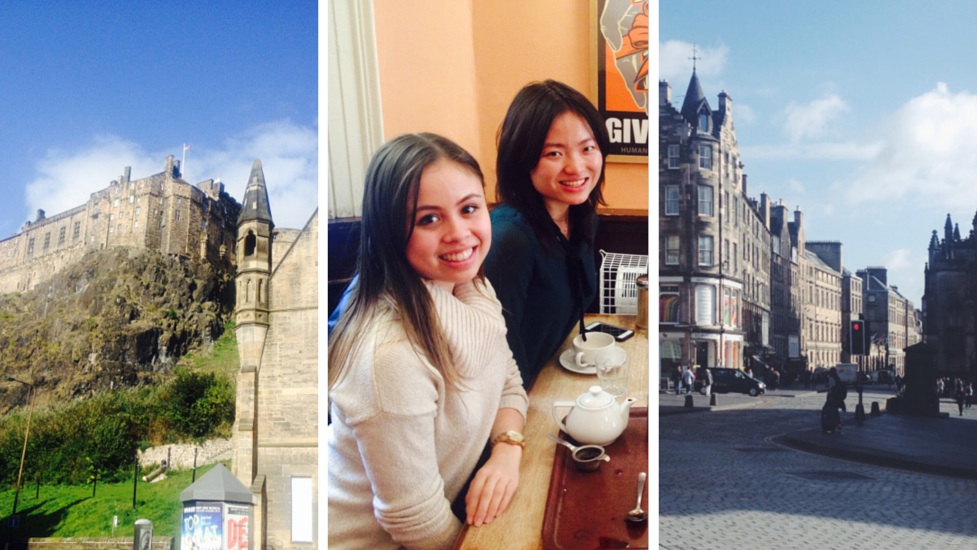 A trip to Scotland's capital

Hey everyone! So today I’ll be sharing with you my experience of visiting Edinburgh, Scotland’s capital.

My flatmates and I travelled to Edinburgh by train, which was only an hour long from Glasgow Central. Once we stepped out of the train station it was like being transported back into a world that had been frozen in time. The first aesthetic impressions I experienced of Edinburgh were of the whistling winds sweeping through the formidable stone buildings and the quiet majesty of Arthur’s seat rising in the distance of the city. 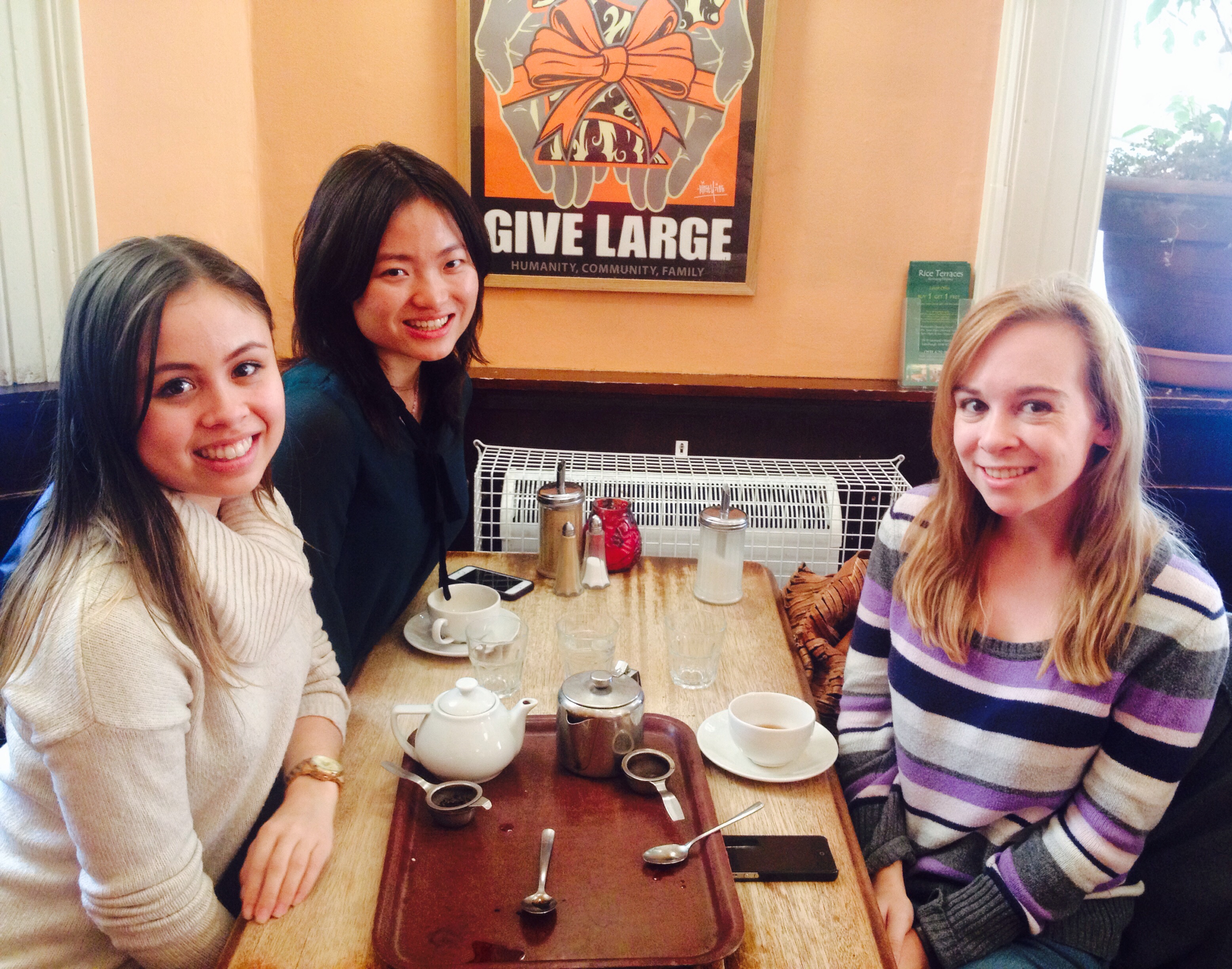 Walking down the Royal Mile, I could almost imagine the fantastic royal processions that would occur as kings made their way down the mile to Edinburgh Castle.

Being in a city with such a rich and complex history is something that   someone such as myself, hailing from a “baby” city like Vancouver,   can’t possibly take for granted.

Our day began with a two-and-a-half hour ‘free’ tour of the city with our lovely and hilarious tour guide, Colin, also a law student at the University of Edinburgh. The company that organized the tour is called Sandeman's New Europe Tours, and if you ever find yourself in a city where Sandeman’s hosts tours, I highly recommend you check them out!

The guides all seem to have troves of interesting, off-beat facts and knowledgeable tidbits about their cities that they are more than happy to impart. The structure of the “free” tour is that it costs absolutely nothing to sign up or attend, but at the end of the tour you decide how much it was worth and what’s the best amount to tip your guide. A genius set-up, I think!

Colin did indeed have some quirky, interesting things to share with us as he led us around the Old Town, including; the remarkable story of Maggie Dixon, the questionable veracity of the “Stone of Destiny” laying in the Edinburgh Castle Museum, the names on the gravestones in Greyfriar’s Kirk where J.K. Rowling may have been inspired for character names in Harry Potter (Thomas Riddle, anyone?), etc, etc. If any of those piqued your curiosity, you’ll just have to do the tour yourself!

After the tour we decided to wander around Edinburgh Castle for a bit and see some lovely aerial views of the city and learned about the history of the castle.

Afterwards, we made a beeline to the National Museum of Scotland to take a picture with the incomparable Dolly the Cloned Sheep and, exhausted from all of the walking, we stopped in at the
Elephant House Cafe for some early evening tea. The Elephant House also has the honour of being known as

“The Birthplace of Harry Potter”, where a broke, divorced J.K. Rowling would sit and drink tea while she scribbled away drafts of her first     novels on napkins.

With a tour, the castle, Dolly, and the Elephant Cafe crossed off our to-do lists, we headed back to the station and back home to Glasgow. In sum, the city of Edinburgh is just an incredible, complex sensation that must be undertaken to be truly understood.

International Students: What to bring to uni