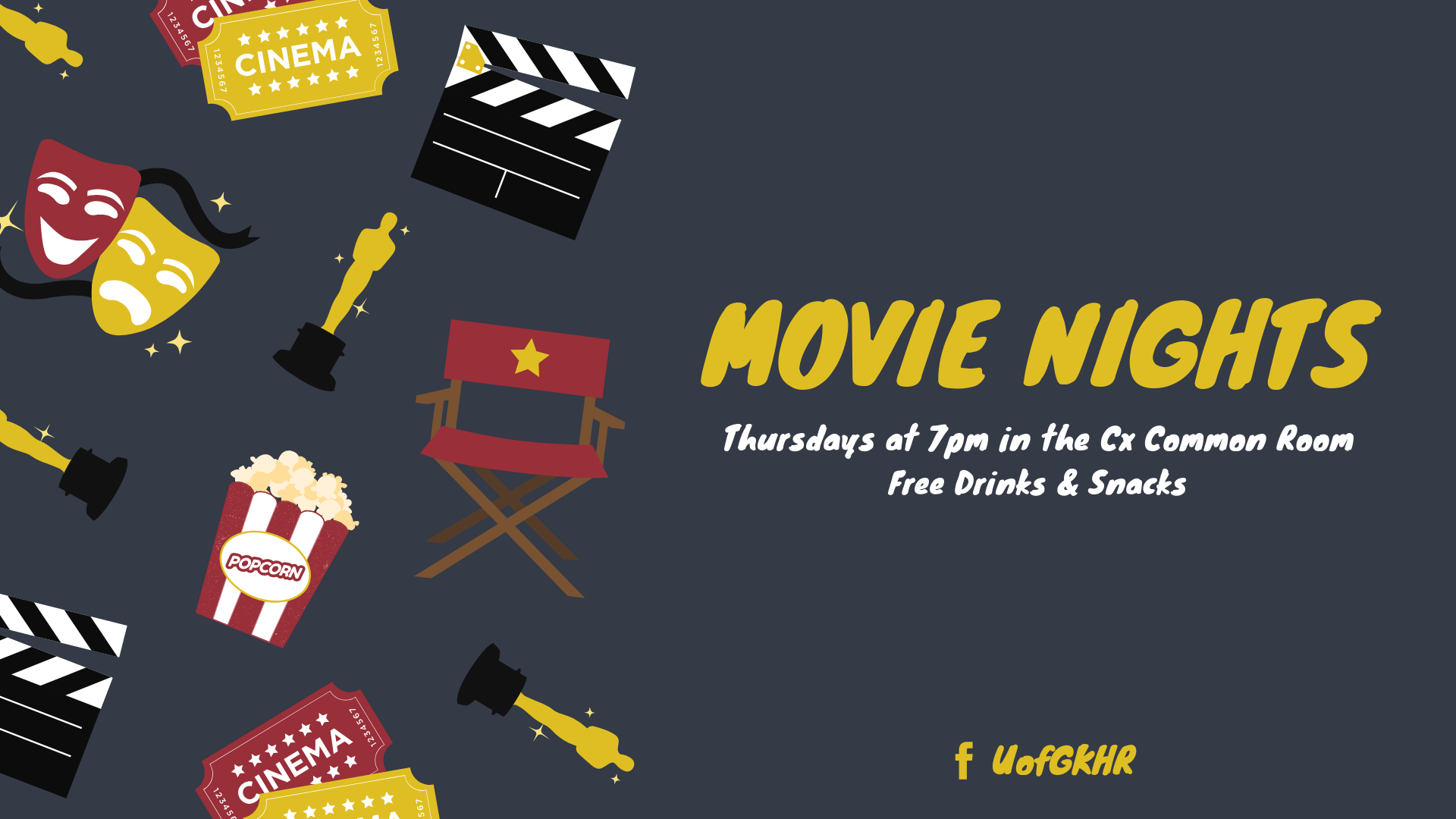 Add this event to your calendar

Do you stay at Kelvinhaugh Residences?

We host movie nights every Thursday at 7pm in the Cairncross Common Room.﻿ We provide free drinks and snacks at each movie night, but feel free to bring your favourites too.

﻿This ﻿February﻿ we'll be watching:﻿

Christine Lady Bird McPherson, a teenage girl faces a lot of ups and downs in her relationships during her senior year in high school.

Natalie is a New York architect who works hard to get noticed at her job, but is more likely to deliver coffee and bagels than design the city's next skyscraper. Things go from bad to weird when she gets knocked unconscious during a subway mugging and magically wakes up to find herself in an alternate universe. Always cynical about love, Natalie's worst nightmare soon comes true when she suddenly discovers that she's playing the leading lady in a real-life romantic comedy.

Hiro, a robotics prodigy, joins hands with Baymax in order to avenge his brother's death. They then team up with Hiro's friends to form a team of high-tech heroes.

In this animated feature by noted Japanese director Hayao Miyazaki, 10-year-old Chihiro (Rumi Hiiragi) and her parents (Takashi Naitô, Yasuko Sawaguchi) stumble upon a seemingly abandoned amusement park. After her mother and father are turned into giant pigs, Chihiro meets the mysterious Haku (Miyu Irino), who explains that the park is a resort for supernatural beings who need a break from their time spent in the earthly realm, and that she must work there to free herself and her parents.

Movie nights are run by your Living Support Assistants, so please let them know if you have any movie suggestions.

Stay up to date with all our events on Facebook!

Tell us about your accommodation experience and win great prizes!

Emma's Blog: Settling in at UofG